The Forts of Saõ Sebastãio

There are seven authorized hikes on the island of Terceira. If Friday’s hike is representative, this is going to be a good week.

When we started driving this morning, the cloud cover was low, so we decided to explore the low southeast coast. The first time we stopped for a view, we realized we were at a trailhead, so, what the heck, off we went. We took our coats, but left the pants—an oversight that would bite us later.

Wherever possible, the trail hugged the coast, which could be dramatic because of the island’s volcanic origin. 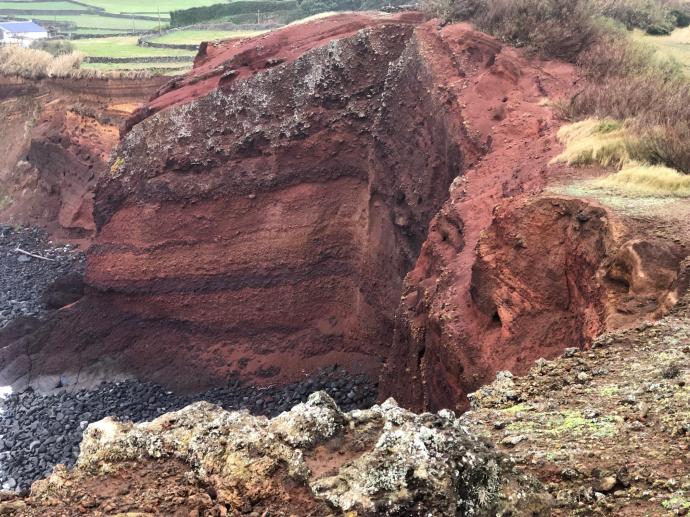 When we weren’t hugging the coast, we traipsed through green fields,

Slogged up and down steep banks, mostly without these stairs, 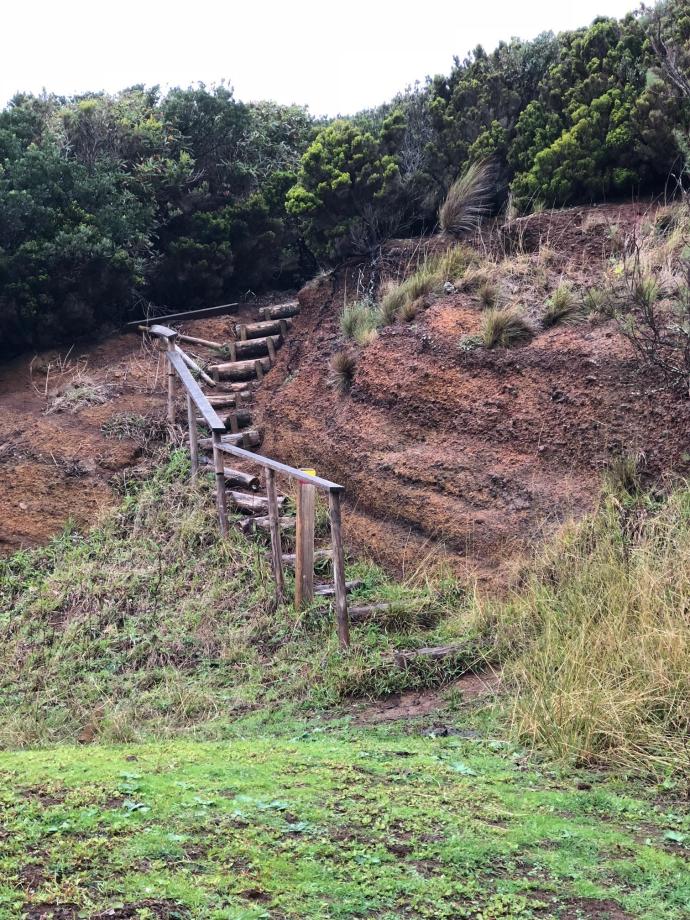 and clambered over stone walls. Here, we learned the value of sticking to the authorized routes. It would not be easy getting over without some accommodation in place.

Along the way, we saw the remains of 16th century forts. 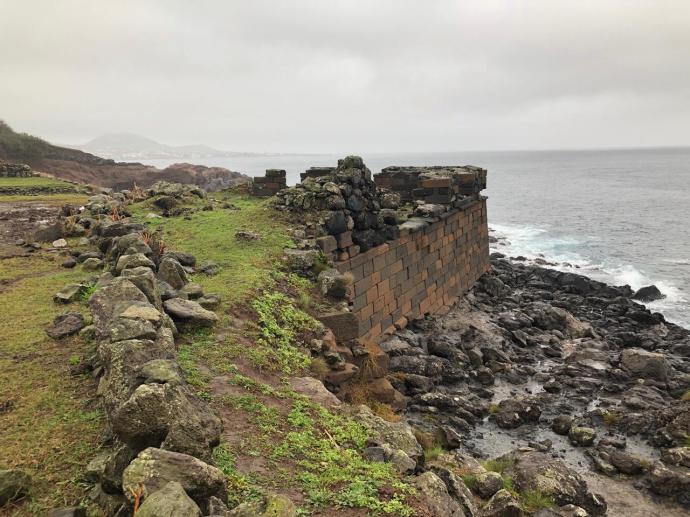 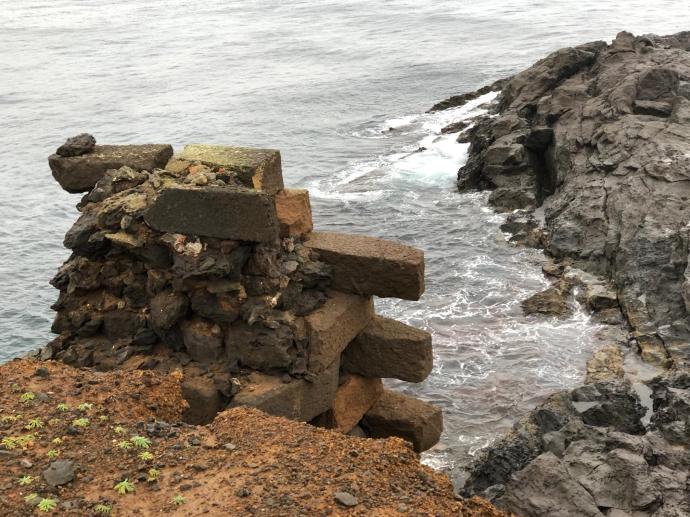 As we headed inland to Saõ Sebastãio, the clouds opened up and the winds lashed us. We took the road back to the car instead of retracing our steps, then spent the evening trying to dry everything. Even with coats, we were drenched.

Sunday morning, the sun is shining.